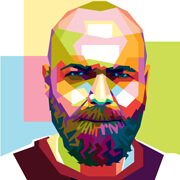 After the premier BiG Africa Roadshow, held in Cape Town this year, get ready for the events of 2020, namely:

The first day of the conference was quite relaxing. In the morning, guests enjoyed a coffee break, where they tried traditional South African dishes “biltong” and “droëwors”. Later, a spokesman from the Department of Trade and Industry, Dean Macpherson, told the guests the latest news regarding Remote Gaming and Online Gambling in the country.

In addition to Macpherson, another representative of the ministry, Nkoatse Ernest Mashamaite, shared his vision on the future of the gaming market in the state. Head of iGaming and Chalkline Sports – Jason Foster, Managing Director at Polarity Consulting – Adheera Bodasing, and Director at Eazibet – Mark Tipping, joined the discussion and revealed their own insights into the topic.

Despite the fact that it was a debut conference, a relaxed atmosphere allowed guests to sit back and ask industry leaders the most burning questions. In the evening, opinion leaders such as Garron Whitesman and Lee-Anne Johnstone took the word during niche-specific roundtable sessions.

After the series of debates and panel discussions, the guests were invited to have a drink in the city’s famous harbour overlooking Table Mountain, and the Atlantic Ocean.

Needless to say, the announcement of the soon-to-be conferences has become a matter of time. Stay tuned for the latest updates regarding upcoming conferences in Ethiopia and Ghana.

Also, feel free to contact EI Director of Marketing Lou-Mari Burnett to find out how to attend one of the upcoming conferences and ask any question regarding the matter: